Engagement With the Past and Openness to the Future

In a world where so many vastly different perspectives coexist, where each person possesses a unique constellation of values and expressions with which to give body to their daily experience, we often find ourselves at disparate ends of the spectrum: unable to communicate with each other. Even with the cloud of information that surrounds us, and the increasingly rapid pace at which these connections bring us closer to one another, both the physical and emotional gaps that separate us seems to expand just as rapidly.

As a calligrapher, Noriko Maeda’s art is to embody the multiplicity of meanings that reside within language through each stroke of the brush. Every word has a resonance, and movement. Every character has its own gravitational point, which draws meaning into itself and projects its own force of meaning outward to those things which surround it. The art of the calligrapher is not, as might be expected, to clearly and directly prescribe the full meaning of a given word or character: this gives all of the weight of meaning over to the past. The meaning of a word, or of a work of art is never, in itself, fully complete. The language we use always finds itself in the precarious position of waiting on the future to provide it with new and unimaginable interpretations: to fill in the gaps in its meaning. With calligraphy, I am able to communicate my own personal take on the expression, while leaving traces of incompletion — gaps in meaning — which leave the work open towards its many layers of future meaning.

In order to move ourselves forward, we must understand our engagement with the past as well as our openness towards the future. As a calligrapher, Noriko’s work aims to reveal this inherent richness of language. The ability of a word’s meaning to grow and expand in time is primordial, and more essential than ever in our own digital age. 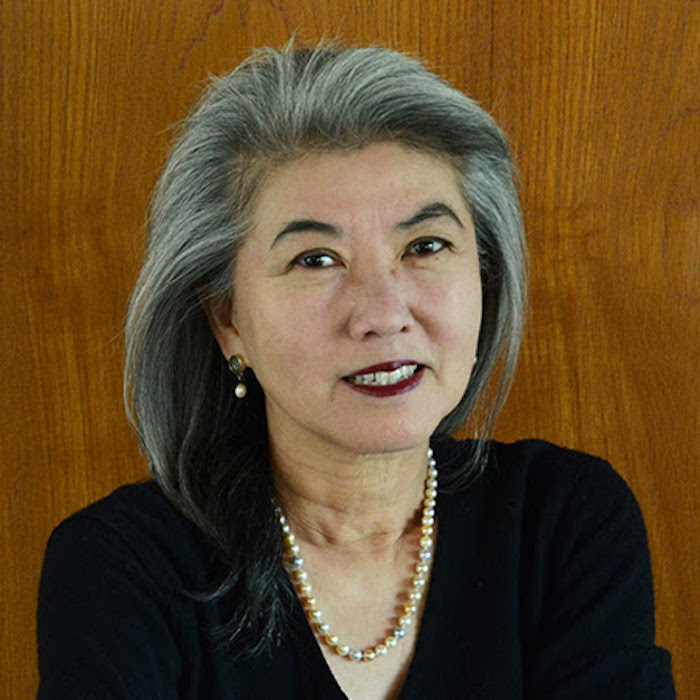 As Noriko puts it, “Even with the cloud of information that surrounds us, and the increasingly rapid pace at which these connections bring us closer to one another, both the physical and emotional gaps that separate us seems to expand just as rapidly. In moments such as these I see a great resurgence towards the meaning of language. When we find ourselves with so much information at our fingertips, it is now more important than ever to grasp what each of these pieces mean, and to find in them an expression of our own personal positions.”

Hard not agree with that! Somewhat more mundanely, Noriko founded a calligraphy academy “Kuran-no-Kai” in Japan in 1982, before moving to Waterloo, Ontario, Canada in 1992. She has created various calligraphy pieces on interior projects with Mitsui Real Estate, Nomura Real Estate, and Tokyu Real Estates. She has also collaborated on visual artwork and logotype projects for Takeda Canada, MAC Cosmetics, and CBC. As an artist, Noriko has held exhibitions in Japan, Canada, United States, and United Arab Emirates.